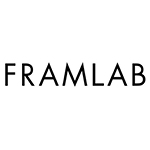 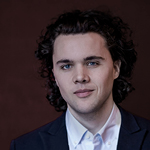 Democratizing urban farming in the Borough of Trees

Agriculture is the basis for civilization. From the days of relying on hunting and gathering, the practice
of cultivating soil and farming animals catapulted humankind forward — unlocking profound development
and prosperity. However, the ancient form of agriculture is a far cry from today’s industrialized counterpart,
which has increasingly revealed its problematic downsides. For one, it is an extremely water-intensive industry.
Today, the lion’s share of our planet’s precious freshwater supply is being poured into agriculture. Concurrently,
WHO estimates that 844 million people lack basic drinking-water service, and that by 2025, half of the world’s
population will be living in water-stressed areas1 . Secondly, modern agriculture demands significant land area.
An estimated 37% of our planet’s surface is used for farming — a number that is still growing2 . Consequently,
agriculture has historically been the prime mover for deforestation and loss of biodiversity.

While most of us expect to be able to enjoy apples, tomatoes, and avocados every day, anywhere in the world, this convenience has colossal needs for transportation and logistical infrastructure — with equally colossal environmental and economical ramifications. World population is expected to reach 10 billion by 20503 and agriculture as we know it today will need to almost double in size to serve this population4. However, most of the planet’s land has already been claimed5, while the remaining arable land is being degraded at rapid rates.

Glasir is a project that seeks to intervene in this scenario with a community-based system for urban farming. By combining the flexibility of modularity with the efficiency of aeroponic growth systems, the project offers self-regulating, vertical farming structures that can provide neighborhoods with affordable, local produce yeararound.

As one of the oldest living species on earth, trees have a rich historical, cultural, and economic significance in our societies. Throughout history, trees have often been seen as sacred, powerful symbols of life and mortality. The term tree architecture refers to the visible, morphological expression of the genetic blueprint of a tree at any one time6. Hallé and Oldeman proposed to group tree architectures into 23 classes, called architectural models, in order to catalogue the different adaptive growth strategies of the tree. This classification is based on the postulate that a plant can be viewed as a growing assembly of modules, such as primary meristems (growth centers), branch segments (internodes), leaves and flowers. This project appropriates one of these models, Rauh’s model as a departing design strategy. This model is characterized by a monopodial trunk with rhythmic growth (through modules), developing tiers of branches — themselves morphologically identical with the trunk. Rauh’s model is one of the most frequent among seed plants and because all meristems are equivalent and rhythmic, it is a very adaptable model.

“The most appropriate division in ecology is not between animals and plants,
but between unitary and modular organisms”
Vuorisalo, T. & Tuomi, J

Due to its stationary nature, trees have evolved to deploy a series of strategic behavior patterns (morphogenesis) in order to adapt to its environment and optimize its competitive abilities. Ecologist Henry Horn described trees as “crafty green strategists”10. One of the most important principles used to optimize this adaptive behaviour is modularity. In plant architecture, the concept of module (‘article’ in French) was defined for the first time by Prévost in her study of tropical Apocynaceae. She defined the word as a morphological term referring to developmental products of single apical meristems. Its characteristics included the entire developmental process — from the initiation of the meristem to the onset of sexuality, which completes the development of the module. These processes are repeated in each successive module. Further groundwork on modularity was laid by Von Goethe, in his book, La Métamorphose des plantes12. Since then, numerous studies and publications have confirmed that plants are modular organisms that grow through repetition of discrete, structural units. Consequently, a tree structure develops through a systematic, sequential growth process, during which each module may grow, change type, produce new modules, or die according to the intrinsic rules of its type.

Glasir is a project that seeks to utilize tree’s adaptable growth processes as a dynamic framework for high-yield, vertical farming. The system catalogue consists of ten modules (five growth modules, three production modules, and two access modules). Through the use of standardized interfaces, all modules can connect to each other, enabling the system to assemble into an endless number of configurations. Through the elevation and distribution of production modules, the system enables high-yield, local production of greens and vegetables, while engaging with the streetscape as a distinct new urban figure. With its 2’ x 2’ footprint, the structure can be erected anywhere in the city where a regular tree can be planted — on the sidewalk, in a backyard, in a public park, etc. The modular architecture of the system affords great flexibility and allows each structure to conform to local context and constraints.

During the 1990s, NASA started experimenting with growing plants and vegetables in mist environments, rather than soil — a process referred to as aeroponics14. For an organization like NASA, there are significant advantages of implementing these systems into their space programs. Aeroponic systems have a comparable crop yield to traditional, geoponic cultivation on 10% of the area. These systems are also extremely waterefficient — requiring less than 10% of the water necessitated by traditional, geoponic cultivation, while allowing the use of fertilizers and pesticides to be drastically reduced. In addition, aeroponic growth environments enable plant roots to absorb much higher levels of minerals and vitamins, which yield vegetables that pack a stronger nutritional punch.

The exclusion of soil makes aeroponics a highly flexible growth system, allowing it to offer local access to greens and vegetables for the urban population. While the majority of produce in grocery stores today have traveled extensively from remote, industrialized farms — an accepted necessity of today’s distributed marketplace — the quality of the greens and vegetables suffers because of it. In a localized supply-chain, the greens have higher nutrient levels, lower chances of contamination, and are fresher.

Glasir (meaning gleaming) was a majestic tree described in Norse mythology as “the most beautiful among gods and men”. Beyond its glimmering, aesthetic qualities, this storied tree was said to have powerful abilities. In lieu of supernatural powers, our namesake project incorporates a series of technologies tailored to establish symbiotic relationships with nature and its communities. The brain of the system is an AI that enables the tree to optimize its growth and distribution of production modules — both within the tree structure and among neighboring trees. The artificial intelligence, in conjunction with a series of environmental sensors, enables the tree to evaluate environmental conditions (such as solar gain, temperature levels, prevailing winds, the presence of adjacent structures) and adapt to ensure optimized growth conditions for the production modules. All required energy is harvested through integrated, translucent photovoltaic cells; a rainwater collection system stores, purifies, and pumps the water-mixture through feeder lines to mist nozzles in each production module; an outer layer of Titanium Oxide enables the structure to combat pollution through extraction of pollutants from the air. With the use of magnetic electrical connector technology and male/female interfaces, each production module connects to the trunk structure for access to water circulation.

The borough of Brooklyn has seen an explosive economic growth throughout the last decade. Between 2001 and 2015, the job creation rate in Brooklyn was almost three times that of Manhattan (2.3% and 0.8%, respectively)15. This development has carried with it lots of positive change, but it has also created a high degree of social stratification — with a correspondingly high degree of nutritional inequality. While the forces of gentrification have primarily affected the neighborhoods along the western waterfront — transforming this
part of Brooklyn into a Foodie’s paradise, the borough as a whole has a 20 percent food insecurity rate16 — the highest in the city. Between 2009 and 2014, Brooklyn also saw the highest percentage increase in the rate of food insecurity17. While this number declined by 11.8% in Bronx, the city’s poorest borough during this period — it rose 8.7% in Brooklyn. With studies proving a direct correlation between food insecurity and health risk18, Glasir’s proposition to offer affordable, locally-grown produce has the potential to not only boost the nutritional profile of the residents’ diet, but also plant the seed for societal and economic betterment in food insecure neighborhoods. Through their street presence, the tree-structures also serve the important role of creating visibility and awareness around the importance of greens and vegetables.

As a product-service system, Glasir lends itself to different business models for different targeted user segments: private households, community centers, schools and organizations, corporations, etc. The system is also appropriate for the sharing economy as each production module can be shared among several subscribers — maximizing the available resources, while minimizing energy for production and transit. Through the use of a digital app, the module can be delivered to a chosen location for harvesting. While the city’s streetscape serves as the habitat for Glasir, each tree structure also aspires to function as a microhabitat of its own, serving as social anchors for the local community — creating tranquil spaces for people to meet and relax, offering shade and shelter during the day, and gently illuminating the sidewalk when dusk falls. As each tree structure serves a local neighborhood, the composition, type, and seasonal variation of the vegetables grown, reflects the unique composition and characteristics of its community — strengthening the distinct character of the neighborhood and forging pride among its residents.

is an innovation studio based in Bergen and New York City. The studio was founded by Norwegian architect, Andreas Tjeldflaat to advance social and environmental resilience through design, leveraging architecture, product design and systems design methodology.
Learn more about this project at: https://www.framlab.com/glasir
Photo Credits: All images by Framlab