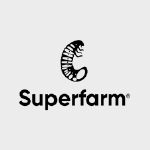 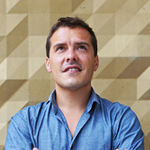 By the year 2050, nearly 80% of the earth’s population will reside in urban centers. Applying the most conservative estimates to current demographic trends, the human population will increase by about 3 billion people during the interim. An estimated 109 hectares of new land (about 20% more land than is represented by the country of Brazil) will be needed to grow enough food to feed them, if traditional farming practices continue as they are practiced today. At present, throughout the world, over 80% of the land that is suitable for raising crops is in use (sources: FAO and NASA). Historically, some 15% of that has been laid waste by poor management practices. What can be done to avoid this impending disaster?

In the footsteps of pioneers in vertical agriculture such as Dr. Dickson Despommier and recognizing unfortunately and without fail, that we will lack of agricultural areas to produce and feed the growing population in the coming years, Superfarm ® has dwelt on the matter and tried to provide a sustainable response to the urban food problems.

Nowadays, the agri-food system and its production methods are poorly organized and unsustainable over the long term, we see its limits and misdeeds everyday. Our food travels many kilometers from the producer to the consumer and requires a very high consumption of water and fossil energy. Often wasted by large-scale retailers, food is not very nutritious and its production methods generate soil pollution due to the use of insecticides, herbicides and other chemical fertilizers. Furthermore, within the next fifty years, we won’t have enough land surfaces to produce food for humans.

Nevertheless, the nearly eight billion people living mostly in the big cities today, and the ten billion inhabitants of tomorrow have and will need to be fed. Vertical agriculture in urban areas is an alternative to the current scheme of farms and agri-food industries, which has become ineffective and subsequently dangerous for the global balance.

Vector for ecological transition, the « Superfarm » project is part of a resilient and human-sensitive approach, paying attention to its health and its relations with food. Far from the traditional urban farm producing salads or other fruits and vegetables, the « Superfarm » project, as its name suggests, focuses its production on the culture of foods with a high nutritional value that can be consumed in addition to a healthy diet, but also on foods likes fishes or honey. These foods have an exceptionally high content of essential nutrients, vitamins, trace elements, minerals, essential fatty acids, proteins or even fibers, enzymes, amino acids and antioxidants. The « Superfarm » project also strives to recreate an ecosystem in an urban environment. Seaweed culture, beekeeping, insect farming, aquaponics and also various greenhouse cultivations and outdoor cultures, allow each living being to serve the growth of the others.

« Superfarm» is an innovative project, open to the city and responsible, whose main principles are as follows:

Implement the project in a pragmatic way, in town and on the water

The first objective is to face a major anthropic crisis by allowing with this project, a withdrawal of human activity from natural environments. We are thus returning lands to nature so that ecosystems can be restored, and we try to respond to the lack of available arable lands, thanks to an implementation in urban areas. On a twelve meters by twelve meters small surface, and a thirty-four meters height, this six-storey building is erected on the water to cope with the land crisis. Indeed, the price per square meter is very high in town. This reason has defined the direction of this constructive disposition.

Produce vertically in stages is four to five times more efficient than the average yield of traditional horizontal farming, the lztter requires large amounts of areas.
From the seaweed to the bee, there is only one step ! This farm aims to produce a wide variety of highly nutritious foods, in the open soil and soilless cropping techniques, these latter fed by substrates come entirely from organic products or waste released by the organisms them-selves. Here is a non-exhaustive list: seaweed (Spirulina, Chlorella, Klamath …), insects rich in protein and carbohydrate (beetles, caterpillars, grasshoppers …), fishes raised in aquaponics (Tilapia, Trouts…), berries (Go-ji, Acerola, Acai …), plants such as Ginseng or Aloe Vera and finally honey thanks to the establishment of hives in the greenhouse’s heart, the culminating point of the farm. Today we know the importance of bees’ reintroduction in our ecosystem.

We reduce health risks and infectious diseases through a highly controlled indoor environment. We ban pesticides that are usually found in more conventional agriculture, we recycle and save water by recovering the vapor produced by plants’ evapotranspiration. Finally, we limit plants’ hydric stress through a controlled environment by providing them what they need, when they need it.

Restoring a social link between the producer and the consumer in the city, bringing them a greater proximity, allows inhabitants easier access to these products by coming directly to the farm. Accessible from the footbridge, a direct sales area has been imagined as well as a storage area for dry goods, cold rooms for perishable goods and a space-conditioning. In addition, the delivery to individuals, restaurants and associations can be implemented through couriers traveling in tricycles.

Create a growth lever against unemployment, and revive the local economy

On a neighborhood scale, the «Superfarm» project can lead to substantial jobs creation and an ethical and responsible citizen contribution to the city’s economy. It also helps to create a collective awareness by federating the inhabitants and local partners around a common project of innovative and healthy urban agriculture.

To operate such a building, it requires to supply it with energy and ensure its operation all times of day and night. Thanks to the installation of wind turbines and solar panels, several Kw / h can be produced daily to supply the heat production systems and to allow the ventilation and lighting of indoor production areas.