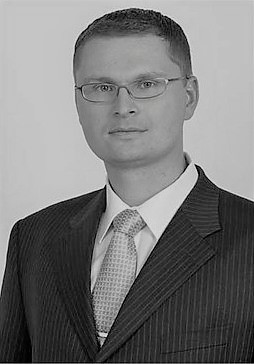 The Sekyra Group Company has a very wide scope from project management and commercial and residential developer projects up to public investment participation. On what do you place the most weight?

The most important activity for us is development. For the future of the company, we have in considerable extent placed the most weight on great developing areas in wider Prague centre – Smíchov City, Žižkov City and Rohan City. Now it seems quite natural, but at the time of our decision, nobody saw a tendency of people returning to city infrastructure; for example, today well-known Karlín did not experienced such a boom of public space yet as nowadays. We do not want to restrict our offer only on large developing areas but it will be the red thread of our production for at least another fifteen years.

Residential projects prevail; they for example outnumber corporate giants’ headquarters as T-Mobile or Nestlé. What shall a good residential project contain to meet clients’ needs for a satisfied and contented housing?

As for numbers, we have probably built more residential projects; but as for financial volumes, the commercial ones are equal. Today, to connect both segments seems reasonable because of existing large developing regional projects. The barrier administrative creates reasonable hygienic conditions for residency. These basic functions complements necessary community and public facilities and functional parterre. After that, the quarter lives all day long, which is healthy also for the town. A good residential project – and all the developers are the same meaning –, it is a locality, locality and locality. Then a quality of design comes. The construction program is very important to achieve reasonable effectivity of implementation. So that people feel, they are getting an adequate value for their invested money.

Your portfolio grew up of three already mentioned developing regional projects that include an extensive and complex revitalization of underutilized industrial areas. Can you introduce them briefly?

The major theme of Smíchov City was to bring housing back to the centre through typical block built-up area. Atelier A69 came with an idea to intersperse the whole zone with a pleasure ground as combination of two green areas, and to lead lengthwise a pedestrian boulevard. Parks are like appendages to the main street – this is typical for this part of the city; it begins in Karmelitská Street, continues through Újezd, Štefánikova Street up to Nádražní Street where we must, next to creation of new public spaces, also revitalize the existing ones – the railway station’s front space and the Na Knížecí Square. The final conception of these significant public spaces should be created on the outcome of public debate – we will join a program of participative planning organized by the Capital and Prague 5, we will go into public space and approach people with appeal to express their opinion. The house blocks will then be very similar to traditional structure of authentic Smíchov housebuilding, on which grid we picked up the threads of. We have extracted the best of what block of flats offers in a built city, which means the individuality of single houses, functional parterre and quality of street space; but in addition, we offer underground parking, high-quality statics and acoustics and modern technologies. We have actually rearranged each classical house block for 21st century. We try to design Žižkov City in a similar way. Both projects have its key and determinative element. At Smíchov, the topic are green streets, pedestrian boulevard and the square, at Žižkov the functionalist railway station. An intensive debate takes place between the City and Ministry of Culture about its future city-making content that aims to a combination of commercial and non-commercial utilization. We would also like to achieve that its inner space, surrounded by two wings of the building, functions as a central stony square, a significant centre that this district of Prague 3 deeply misses. At Rohan Isle we cannot implement classical house blocks, perhaps only in the central part of the area, but by using urbanistic elements we try to demarcate such units, which would be good readable for the people. The volumes are more broken in comparison with firm segments at Žižkov and Smíchov. The leisure zone towards the river dominates here, linked with a cycleway network.

What did you emphasised by choice of participating architects? With what they addressed you?

We really create a unique know-how while putting together work of more architects into one entirety. For example on Smíchov project, we cooperate with many experienced architects, for example with prof. Lábus, Chalupa Architekti, Projektil Architekti, D3A or the urbanistic Atelier A69. We chose them in an independent competition. At Rohan, Jakub Cigler Architekti or Al-Design of a woman architect Eva Jiřičná work for us. We try to achieve that architecture does not lag behind quality of the locality. Significant is also our cooperation with academic environment; the model of Smíchov locality is exceptional in its scale of 1:100 – six ateliers of the Faculty of Architecture worked on it, almost one hundred students, and I would like to thank them for their decision to produce just model of Smíchov. They came and showed their vision. The real design is less radical; we have not so much floors and put emphasis on a functional parterre and public spaces, which were not object of their work. However, it was a vital laboratory for us – a mirror where you can consider important contexts and limits in a real scale.

Your housing development is mainly very conventional. Does belong to the philosophy of your company that you respect certain parameters that do not deviate from the framework of urbanistic style of the surrounding projects? Do you also have ambitions to include more progressive forms in your development intentions?

We try to produce rational houses. I think that to demonstrate architectonical show just only because I can and have a good architect is egocentric and useless. The surroundings will be enriched, if simultaneously an urbanistically significant point exists and, even better, it is a public building. This is an ambition that we have in large areas. We have selected localities that deserve it, but we certainly do not want to create city as a quarter of solitaire extravagant architecture, which then remains just a cluster of nice buildings. We try to build city environment for majority and we do it in all humility. Nowadays, there is a modern term “participative planning”. Our tendency is to ask people what they expect, if they perceive projects the same way as we do, or to get a negative lesson that it is not so. A significant partner and an arbiter in essence is in this respect for us the city, whether at the home rule level or at the level of local planning authorities. If there would be a social demand for added extravagance from the public sector’s point of view or from people who live in that locality, then why not? However, today we rather try to enrich the quarters’ quality so that we respect how they were founded, but we change inner parameters of these houses. With urban districts we communicate about what content the pleasure grounds should have in order to not to become dead green areas, how to make them attractive for the people. As a consequence of climatic changes, green vegetation in the streets is getting more and more important so that we can considerably improve the microclimate.

What interests you as a developer of your format in complete revitalization of the brownfields?

From the AW 2018 theme “organic city” point of view: What should a right local plan of the city development include? What should it bring to inhabitants?

It is important to have rational preconditions behind a development plan, it must be economically logic and encompass all territorial and demographic contexts. The city infrastructure is a fragile mechanism and it has to be considered on the long-term basis.

A new Smíchov City project will change the Railway Station locality in a multifunction quarter full of green. The urbanists and architects felt inspired by this traditional town of 19th century and used the best of it by designing a modern living quarter. Therefore, project will offer quiet housing, modern offices, commercial centres and all public facilities. The main topic of this project is to bring back housing in form of typical block built-up houses into the city centre. Seven ateliers worked on the first two blocks’ design in order to support their diversity; they won in an independent architectonic competition announced in cooperation with Prague Institute of Planning and Development. The first stage will bring 400 flats and an office building of a size of 10 500 m2 leasable area. In addition, elements of Smart City will turn up in the project, as street lighting control system, traffic lights regulation or intelligent street furniture. The 22 000 m2 pleasure grounds and a boulevard with line of trees of 28 metres in width are also part of the plans.