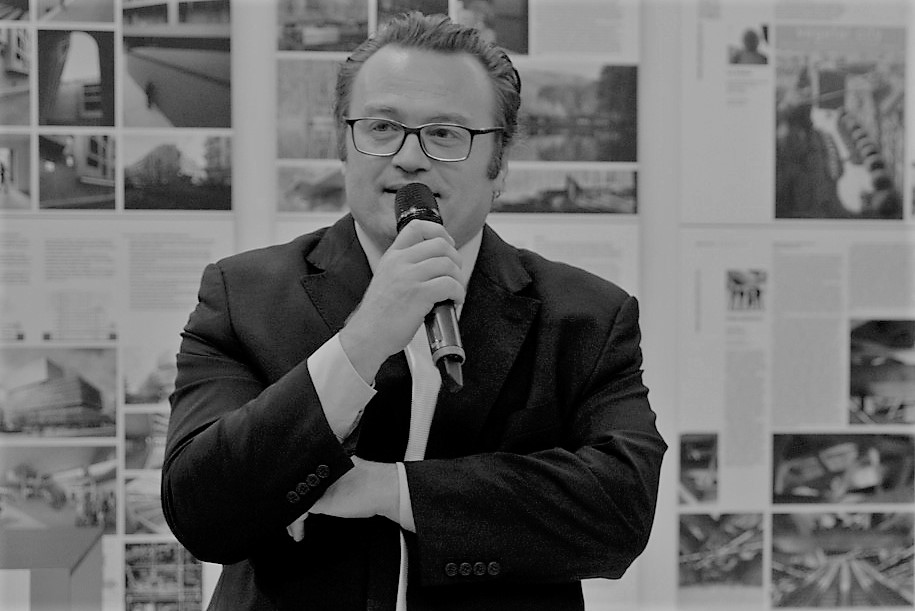 Why did you decide to organize Architecture Week?

We occupied ourselves with architecture for a long time and to our astonishment, up to 2007, there was no big architecture festival in the Czech Republic at all. Architecture was exhibited, but in no comprehensive scale, with lectures and side events. So there was an opportunity and chance, and in view of the fact that we were for long time engaged in design creation, which has close relation to architecture, we went to London to seek inspiration. We saw how such a festival functions in one of architecture’s metropolis and the organizers gave us a green light to arrange something like that in Prague.

How did you select the themes?

The theme is always a big unknown. We looked for inspiration in Barcelona, New York and other cities abroad since there is a range of similar festivals all over the world and they support and interconnect each other. However, we are a small economy and cannot compare with big festivals, so we chose local themes, too. We always follow from our background, sometimes take a risk. For instance seven years ago, green architecture was a quite new theme here and today, it goes through a great boom, especially from the PR point of view. We have engaged ourselves also with a very complicated topic of water in the architecture. Some of themes were successful, some, like transport or urbanism, were difficult to explain comprehensibly to a non-professional public.

Your festival visited many outstanding guests from abroad. Who engaged your attention mostly?

It is difficult to name someone specifically; there are always many guests, over 80 people in 10 years; each year brought some big star. Sometime, we were impressed from such encounter with a creator, because he even outperformed our expectations; sometime it was quite the opposite and personal acquaintance was a disappointment. However, you cannot assess architecture like that. We hope that we succeed to invite other beautiful personalities to our metropolis.

It is somehow unusual that comparatively small agency organizes such a big exhibition. What was the standpoint of other professional organizations and state institutions?

On our tenth anniversary, I will dare to answer a bit more explicitly as usual. We are a small company and to organize big things requires always big money and great support. There were very difficult beginnings here; however, today we are a good deal stronger and popular and we have a range of supporters. Despite it, every year someone or something surprises us. It is not easy to convince a civil servant that it gives a sense to support public awareness of architecture, even by such a splendid project as Playful Architect that leads children to get to know the city and its life in order to understand why it shall be kept clean or how one shall behave when facing monuments et cetera. I was really surprised that Ministry of Education does not support such projects at all. Every year large numbers of children take part on it; next month, we open, in cooperation with National Gallery, a new exhibition World in Times of Charles IV that is dedicated just the children. We will show them many remarkable things from the gothic times and how people lived in the 13th and 14th century. The Prague City Hall and Ministry of Regional Development see this potential to the future and I would like to thank them. No nation that does not know its history can have happy present nor future.

You imaginarily succeeded to conquer the Prague Castle; however, this year you ended bellow it…

So is the life. For a long time, we cultivated Festival in the downtown, until one day, we approached the Prague Castle Administration, unfortunately in the time of turbulent emotions around Kaplický’s Library; consequently, the negotiations were very difficult. Finally, the officials understood that this theme belongs there and we found a common course how to present architecture at the Prague Castle. We succeeded marvellously with the Visegrád Four exhibition and the cooperation continued another four years. Nobody expected what happened this spring. We ended up under the grindstone of property controversies between Prague Castle Administration and Archiepiscopate. All of a sudden, our contract was terminated and we could not implement already prepared, magnificent project, although we had the support from both President Zeman and Archbishop Duka. I would like to express my great thanks to the National Gallery and its director Jiří Fajt who understood our situation and, after the big exhibition of Charles IV, he placed our Gothic Period show for children in the Wallenstein Riding School. I also thank all further supporters from the Senate and other institutions. We look further ahead and the next year, we will continue with a Baroque exposition.

According to you, did the relation to architecture changed in the last 10 years?

I think yes, certainly. As we started, there were no significant exhibitions between 2005 and 2006; architecture was not in public awareness, there was neither considerable public debate nor this antagonism of today. Nowadays, architecture became an important political matter, everybody feels authorized to talk about it as if architecture was his business. The public and some media look on developers and new constructions quite disdainfully, sometime even aggressive. The planning and construction are vehemently discussed by the Greens and various movements for rescue and backing of anything you want, but ordinary human envy and anger play also their part. I admit they are right in some things, for me, Prague is one of the most beautiful cities in the world and it is important to protect its conservation area; however, we cannot become withdrawn and disregard development and new technologies. We cannot get away from it and I can imagine some nice modern high-rise buildings in Prague, for example in Pankrác or Karlín.

Architecture is not only about praiseworthy intentions and creative brilliance, but also about money, interests… What is your experience as an exhibitor? Is the cliché about bad developers and impartial authorities valid?

It is more and more difficult to realize some construction under contemporary conditions. I communicate very often with developers, for me, they are people who can produce something. That they can earn money comes with the territory, even if a part of society does not like it. I regard it as a certain remnants of the past; the envy is unfortunately part of our national character and of our life. Sometimes, we are even not able to appreciate good and well-done things, to esteem them. I sometimes encounter this too and when I see the mountain of bills that I have to settle, I can just say: everybody should try to build or organize something big; everybody has this chance in a democratic society. However, to criticize is naturally easier than to take a risk and create something.

Every enterprise usually begins with great ideas, the life brings then changes and one can draw a lesson from it. What were your starting ideas and what lesson have you learnt?

We began with great emotions and enthusiasm. Ten years of experience, even negative one, led to many questions: what to do onwards and what is the sense of it all? The interest of architects and authorities to cooperate always fluctuate, each time we have many doubts, each time we say to us: we just continue another season and then we shall see. We are neither so strong company to plan for three or five years ahead, nor we have so powerful partners; so every year, we have to run the risk to take responsibility and to go in another battle. Architecture surrounds us; it completes our life, enables us to be aware of our history and it is our big mirror, too. Architecture Week would certainly deserve a big partner, which would enable a generous approach and planning, since such a kind of festival belongs certainly to a city like Prague.