How Luciano Kruk defines himself?

I define myself as an architect trying to do a job that became his favourite, which he can perform well and which brings him satisfying results; and finally, also a final user, a client, is satisfied.

That is a difficult question to answer, because I made actually a quite natural decision. I studied architecture and I find my employment in it. When I was young, I thought that I would go in for architectonic or engineering works. They interested me, made me curious, and I liked to draw, primarily architecture; I made it naturally and never asked why. When I had to decide about my career, I felt this is my mission.

Who influenced your career at most, whether as an architect or somebody else?

I was influenced by architects that I studied at the university, and by those who ignited in me the interest to seek architecture belonging to a place, to seek an adequate technology that does not create problems. In a sense, what shall a good architecture be, i.e. the principles defined by Alvar Aalto while speaking about four basic themes concerning good architecture: to solve given problem, not allow any deterioration of local conditions, to design a good construction and to require reasonable maintenance. They all are obviously architects of the Modernism: Le Corbusier, whose works and projects I studied very profoundly at the university, Mies van der Rohe, who is in my eyes unbeatable. From other later architects Paulo Mendes da Rocha and his fascinating architecture, Peter Zumthor with his surprising designs of spatial atmosphere; and current figures as Rafael Iglesias in Argentina, Smiljan Radic in Chile, Alvaro Siza and Souto de Moura in Portugal or contemporary Catalans from RCR that follow the same line, as I see it.

What is, according to you, the role of an architect in contemporary society?

An architect is mainly a technician and shall be, in a less extent, an artist whose function in the society is to design and create spaces in which people will live. 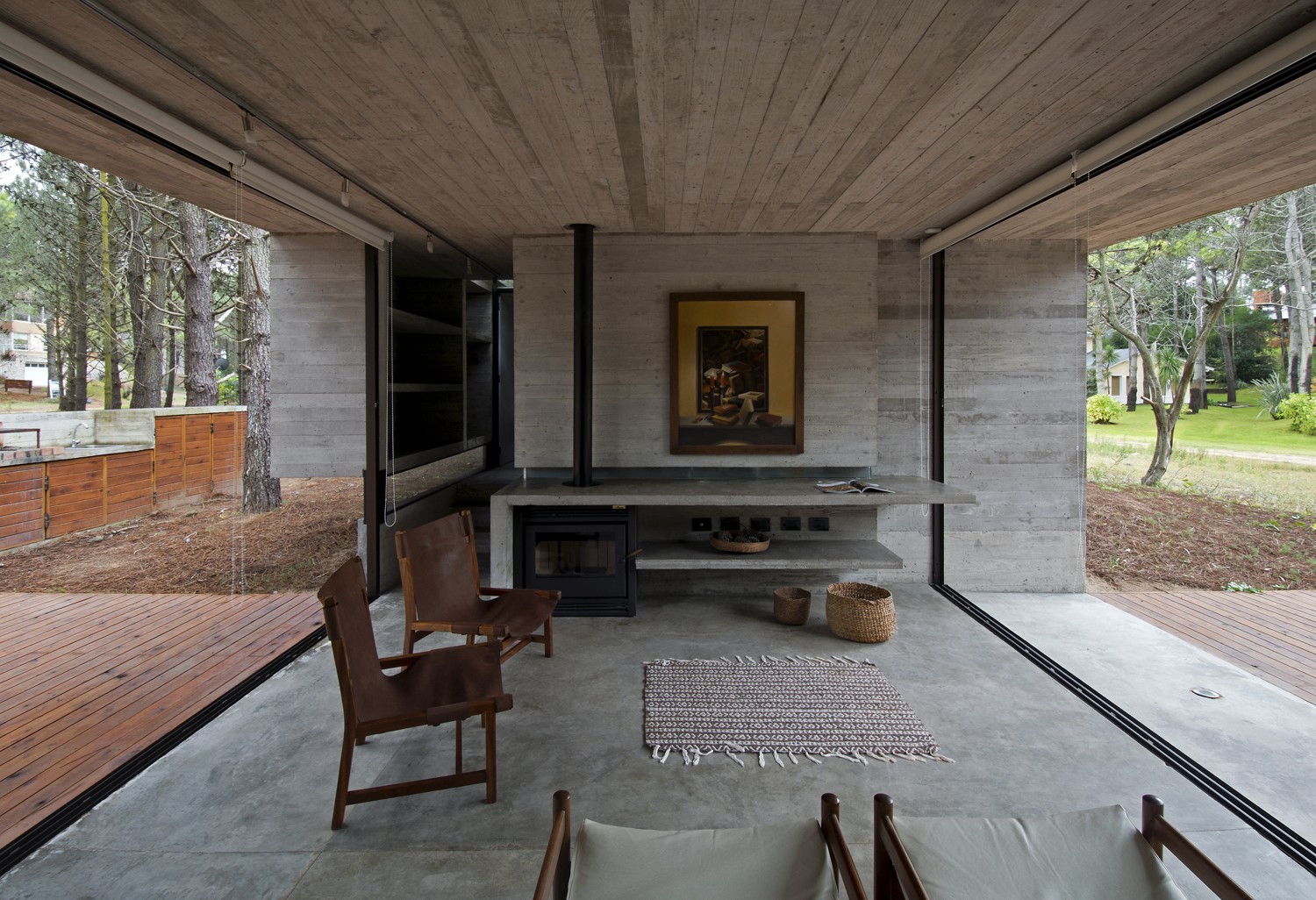 How do you manage architecture belonging to a certain place in this globalized world?

Architectonic constructions belong inevitably to the place where they are built. I think that a successful project cannot disturb linkages with the place where it is localized, it is not allowed to damage any bindings and has to be useful and not cause great problems; it has to be in accordance with local accessible technologies. From the very beginning, from the project beginning, we must consider the most suitable and adequate technology to be chosen, what materials, local labour… it’s all very advantageous and has nothing wrong in it. In some parts of the world, the technologies are simpler, because these most modern ones are not available there. Such kind of thinking is a significant and tangible information; the project has to be implemented based on solid data, which means disposable technologies, building place and financial situation; it is not possible to pretend that you have something that you actually don’t. You have to adapt to real project data.

How is it to work in a team and cooperate with other architects?

To work in a team means to learn something and it is a usual way how architects work together, because what we do, include next to author of the project large groups of people; it is not possible to achieve the final result, to build an object, just by myself. There are many people that step in the process, starting with a project team and continuing later with a team of builders. It is fundamental to work with advantages that a well-functioning team presents, it is important to build good teams for project and the construction itself, where every single person takes charge of his task – this is the only way to achieve a good result.

What would you recommend to someone who shows interest to study architecture?

I would recommend staying permanently curious; you will primarily learn architecture by watching. You watch architectonic works, read publications or walk along the buildings that interest you. You travel to find works that you would never see at home. You learn something by doing, and when you start something, you can sometimes make a mistake so that it is essential not to fear of mistakes. However, I recommend trying to make architectonic designs that solve specific problem under certain conditions, which can be very hard, concrete and applied to certain place; designs coping with clients’ wishes, with competition, with accessible technology and economics. Then, you have to concentrate on finding the best answer complying with given requirements and not to come with further requirements or artificial problems – which happens very often; you have to solve real problems in all their intricacy. Architecture, as I understand it, has to solve these problems as simple and naturally as possible.

Architect Luciano Kruk (UBA 2000) is a member of Architectonic Collegium (Association) of Buenos Aires Province and of Bard of Architectonic Assessors of the National Committee of university assessment CONEAU. Between 2000 and 2009, he was a university professor in Buenos Aires, visiting professor at the university in Venetia, where he led an architectonic workshop of the WAVE cycle in 2012. In 2011, he was a visiting professor at the USJT in Sao Paolo and in the same year, a member of a jury of National competition for sustainable works in Sao Paolo. Between 2000 and September 2012, he founded and led the BAK Arquitectos Studio together with Maria Victoria Besonías and Guillermo de Almeida, which received a series of awards: SCA first prize for Casa Franz, second prize at the Biennale of Architecture and Urbanism, Research and Theory in 2009 for Casa en la Playa, and second prize in competition “Architecture and a Brick” at the 12th International Biennale of Architecture in Buenos Aires for Casa de Ladrillos. Since 2102, he is a studio head of Luciano Kruk arquitectos.