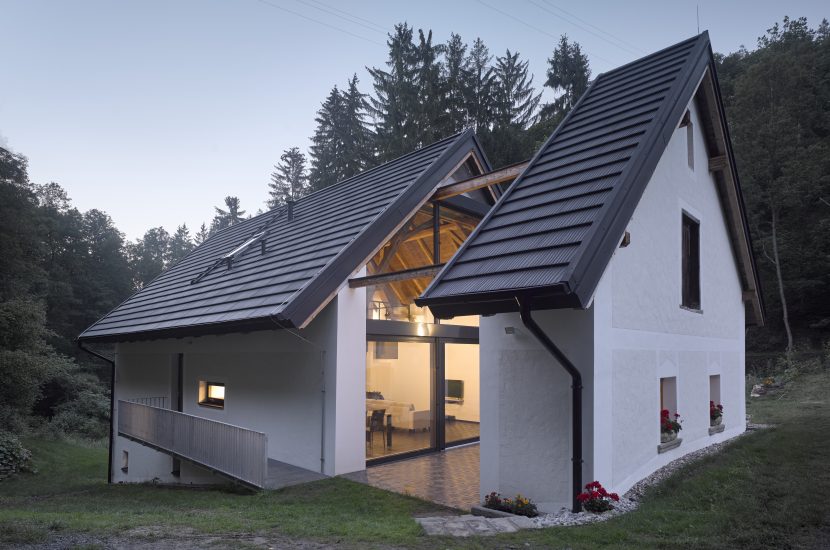 145 projects are trying to win the Czech Architecture Award (ČCA). An international committee is to select the shortlist of nominees. Which of the projects qualified, will be made public on 31th of May during the Nomination Evening at Archa Theather. The names of the finalist and of the winner of Czech Architecture Award will be announced during the Gala Evening on 19th of November. The Gala Evening will include Partner Awards, and Awards for extraordinary design, whose bearers will be chosen by the Academy and the Board of the ČCA.

Only the projects realized in the territory of the Czech Republic between the years 2013 and 2017 could be signed up for and displayed in the competition organized by the Czech Chamber of Architects. In comparison to the two previous annuals, the number of projects finished during the previous year has risen. This year, nearly two thirds of the project realizations (95) were finished in 2017. New-builds prevail over reconstructions and account for two thirds of the signed up realizations (98). Statistics show that housing is still an important topic in the Czech construction business. Family houses, apartment blocks, residential areas, cottages and cabins account for a half of the projects (72). All of them are displayed on the competition website.

More than two thirds of projects (104) are funded by the private sector. Public investments (41) account for almost a half of the reconstructions (19). Only two buildings signed up for this year’s exhibition are the result of a public tender with regulations approval from the Czech Chamber of Architects. Those are: the Multifunctional cultural center in Planá / XTOPIX architekti (tendering by 2013), and the Renovation of the Loučná waterfront in Litomyšl / Rusina Frei architekti and Atelier PARTERTO (tender also in 2013, announced by Nadace Proměny Karla Komárka). From the perspective of investments we can find projects with both smaller and bigger investment costs. Amongst the bigger ones we can find university and school buildings or housing complexes.

One third of the projects is realized in Prague and Brno

One third of the realizations were in Prague or Brno (47). Region-wise, the Central Bohemian Region has the most signed up projects (15), followed by Moravian-Silesian, and Zlín Region (11), and South Moravian Region with Pilsen Region (11). The least amount of the buildings signed up for the competition come from Karlovy Vary, Pardubice, and Ústí nad Labem Region (two per region).

Housing accounts for a half of the singed up projects

Typologically, a half of the singed up (72) accounts for housing projects. Next in line are cultural and social centers (19), schools and other educational buildings (9), and sport related projects (7). Very few of them are focused on public space and landscape. Three sacral sites, but also some monuments can be found amongst the competitors. For example, the reconstruction of the cultural monument, the National Stud at Kladruby nad Labem.

Seeing the list of authors might be an interesting view. Although the number of male and female architecture students is in the long term the same, only four projects at this year’s Czech Architecture Awards have female authors. This trend was also seen during previous annuals.

The work of the Czech architects will be evaluated by a prestigious seven-member international committee. The members are: Austrian architect Carlo Baumschlager, architect Zsolt Gunther, who belongs to the most prominent Hungarian architects, Slovakian architect Andrea Klimko, Polish architect Robert Konieczny, Yael Moria Klain from Israel, who is a representative not only of  landscape architecture, Ivan Reimann, architect of Czech origin working in Germany, and German architect and pedagogue Roger Riewe.

Projects signed up by the architects themselves, but also nominated by the experts

The projects could be signed up for the competition by their author, but also initiated by the members of the Academy of ČCA, which consists of more than 300 Czech architects, experts and field-related celebrities. The projects from previous annuals could try their luck again, except for those that already made it to the selected list of nominees. However, none of the projects did so. Further introduction to the individual projects can be found inside of the catalogue of the nominated and later at the regional exhibition.

Cover photo: Stempel & Tesař architekti: The reconstruction and transformation of a mill to a house