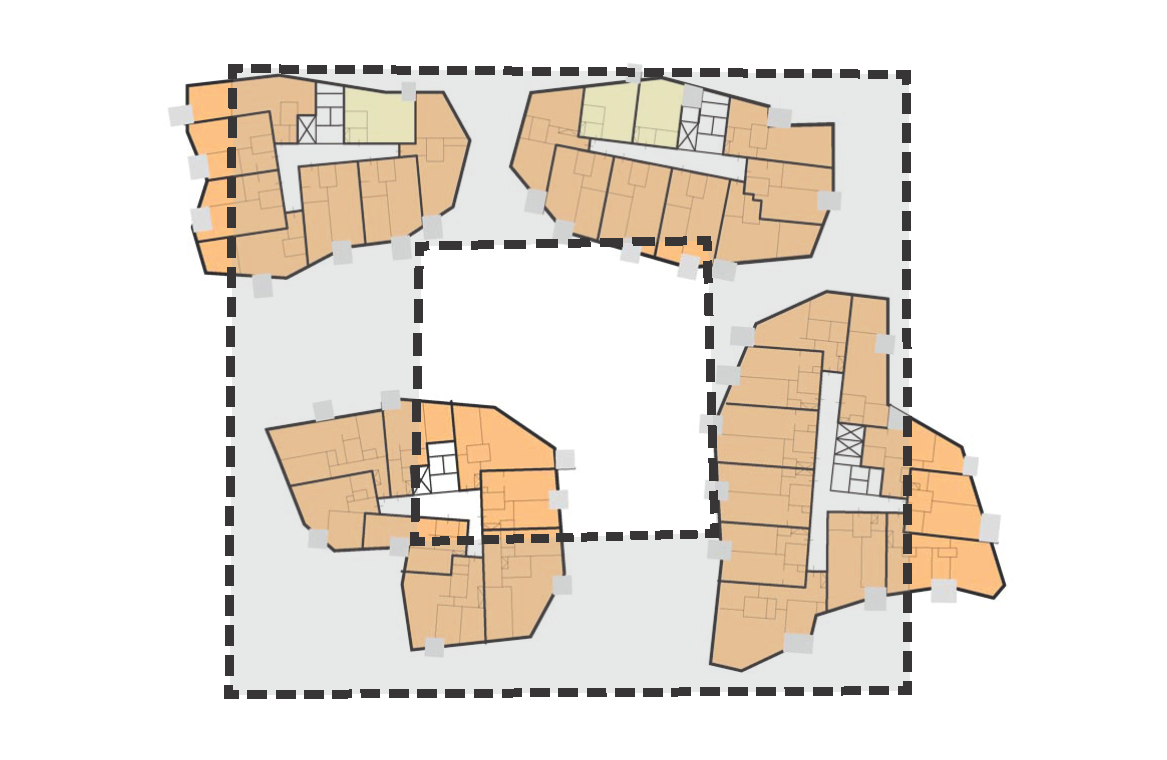 The city of Prague is about to make a small amendment to the building code, which was passed by the Prague Institute of Planning and Development (IPR). The amendment changes the requirements on the insolation of housing areas, which prevent districts similar to Vinohrady or Dejvice district to be established.

“Nowadays, every house has to meet the absurd requirements which state that on 1st of March one third of the surface area of the flat must be insolated for a minimum of 90 minutes. Because of that are building contractors forced to design projects of bizarre shapes with unnatural orientation in order to meet the norm. This fact gives rise to odd houses built on bizarre ground plans, which cannot co-create a meaningful town district” says the director of IPR Ondřej Boháč.

“The flats which don’t meet the norm are later approved and offered for sale as studios. Those are successfully sold and repurposed for living, which shows us that for a future resident is the insolation not as important as other factors, such as enough daylight, panoramic view or paradoxically north-facing orientation, which prevents houses from overheating during the summer.

Houses will remain full of light and healthy for living, we don’t want to return to the 19th century. However, this can’t be achieved with the current norm which only prevents us from building a nice city” continues Boháč.

More important is the requirement for housing with enough daylight. However, such houses can also be found in places with no direct sunlight. Living in a less sunny apartment than set by the standard does not mean risking any health issues. There are no case studies proving the correlation between higher flat insolation and good health.

The IPR research shows that except for Czech Republic and Slovakia no other country has such a regulation implemented. For example, in Netherlands, Germany or Denmark insolation is not considered a factor, unlike the amount of daylight in the house.

What are the Prague Building Regulations?

The aim of the Prague Building Regulations is to set such rules for constructions in the city of Prague, that would one expect from any developed metropolis of Europe. The Prague Building Regulations return term such as street line and construction line setting rules for mutual relation between individual buildings, streets and squares. The regulations focus on the quality of public space and promotes the idea of a compact city with no need to travel over a long distance, low demand on transport and technical infrastructure.

Apart from that, some of the way too strict technical requirements for starting a construction project will be adjusted. The new regulations draw inspiration from the building legislation of the cities that are leading in quality of life index. Those are cities like Wien or Berlin.

Cover photo: Residence Jeseniova. The architect had to design absurdly complicated ground plans, in order to get as many insolated flats as possible. Still, the yellow-marked flats were approved only as studios. The black marking shows us the way an ordinary block of flats could be built under normal circumstances.