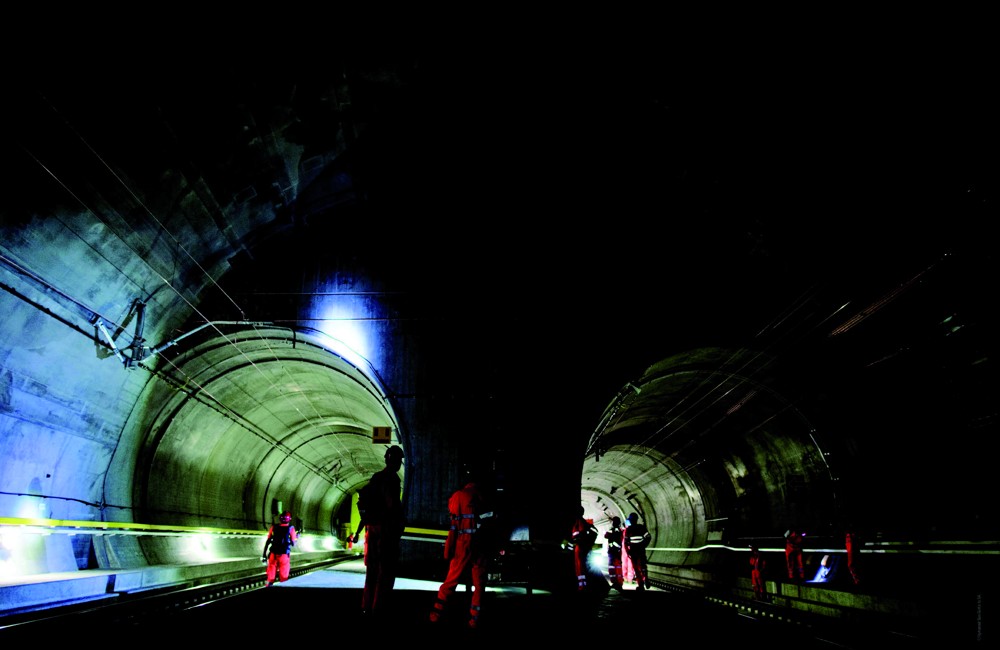 Construction site of the century, a masterpiece of railway architecture, a Swiss jewel in Europe: many superlatives can be applied to the new Gotthard Base Tunnel.

The Gotthard Base Tunnel – the world’s longest railway tunnel – has been opened on 1 June 2016 –. Covering 57.1km, it is the cornerstone of the European Rhine-Alpine Corridor for freight transport and is part of Switzerland’s “New Rail Link through the Alps” (NRLA).

This remarkable construction project represents a substantial contribution by Switzerland to the European transport infrastructure and symbolizes Swiss values, such as innovation, precision and reliability.

Its commercial commissioning by the Swiss Federal Railways (SBB) is scheduled for 11 December 2016. Up to 250 freight trains and 65 passenger trains can be used per day in future. Passenger trains will travel through the tunnel at up to 200km/h and speed of up to 250km/h will be feasible in future.

The Rotterdam/Antwerp-Genoa railway corridor is Europe’s most important freight transport axis in terms of volume. The corridor is an integral part of the European policy on the development of trans-European transport networks (TEN-T) in which it plays a pioneering role.

Switzerland has been pursuing a sustainable transport policy since the 1980s which has focused on shifting transalpine traffic from the road to rail. The Swiss people have endorsed this policy in several referenda. This large-scale project has therefore been legitimized by means of direct democracy.

The NRLA is the largest construction project that Switzerland has ever undertaken in its history. It consists of three new base tunnels (Lötschberg 34.6km since 2007, Gotthard 57.1 km since 2016 and Ceneri 15.4km is set to open in 2020). Switzerland is investing around CHF 23.5 billion (around EUR 21.5 billion) in the construction of the NRLA, which equates to approximately 3.5% of Swiss gross domestic product (GDP).

The Gotthard Base Tunnel represents a significant Swiss contribution to the European transport policy and brings Europe closer together. But it is more than a great engineering achievement. It is also a symbol of openness and progress. This openness has made Switzerland strong and this pioneering spirit provides new opportunities.